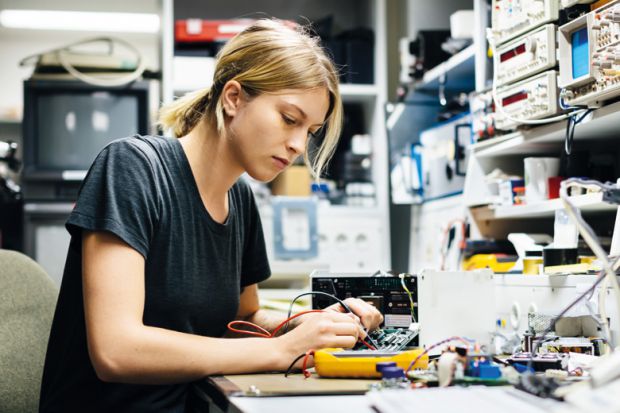 According to the Society of Women Engineers, the percentage of women among the engineering qualifying graduates is 20%. Only 11% of the women continue in the Engineering field.

Related Article:  4 Tips on How Women Can Be Successful in Engineering and Technology.

As a new generation of promising Women graduates in Engineering get ready to face the workplace, there are women engineers who have overcome obstacles and have become successful.

Here are 10 successful women engineers in India that we want to highlight:

Her career journey was challenging but she has worked hard to list herself in the most successful women. As per her vision, the world has plenty of options for technical women but only 08 percent of women become successful. She has faced many ups and downs in her life but finally achieved her goal.

She actively contributes to encouraging the young women of her team to "attend conferences, just go, participate and share their stories. You can encourage more women."

Women engineering aspirants should take inspiration from these successful women as they carve out a career in Engineering or broadly in STEM.

Here are 3 inspiring personal stories to inspire you, as you make your college plans in STEM: