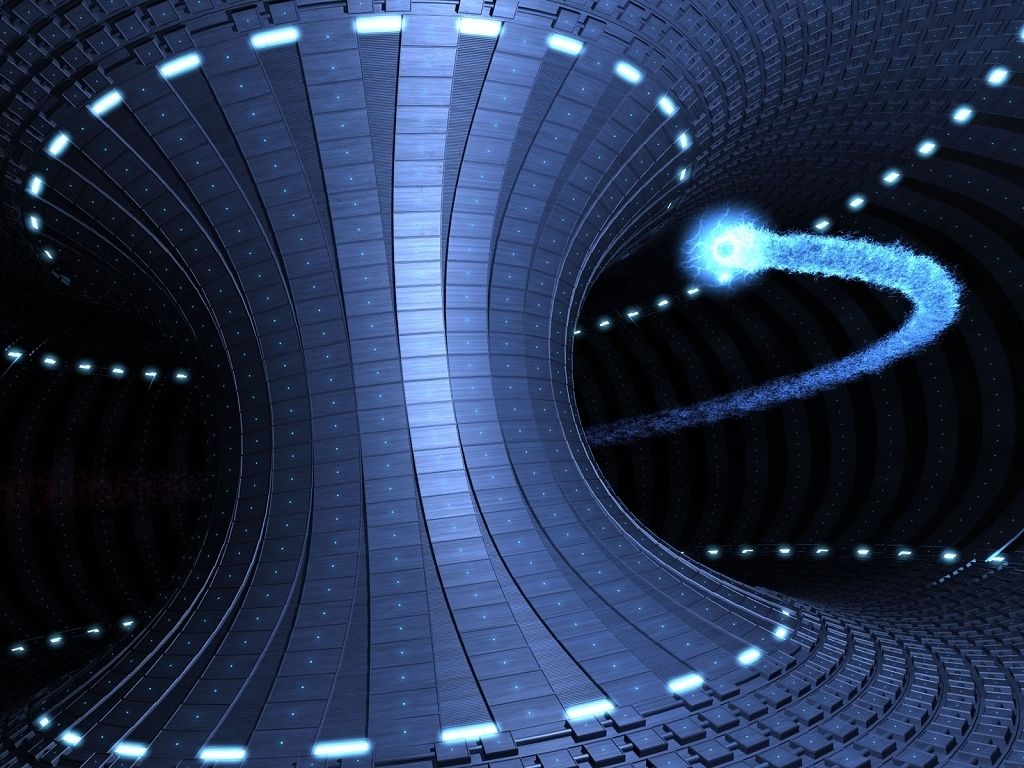 Over the decades, animation has been praised and honoured as one of the best genres of entertainment across the globe. With Humour, Action, Sci-Fi, Drama, Sports, Romance and Adventure, the animation industry has a lot to offer to its audience. Often considered as a great medium of entertainment, knowledge and learning, especially for children, the animation industry also holds a great power to unveil society’s brutish aspects, sinners, foul secrets. It gives a new perspective to see several areas of the life. The Jungle Book, Shrek, How to Train Your Dragon, Frozen, Finding Nemo, Kung Fu Panda, Despicable Me, Ice Age, and Minions are some of the masterpieces this industry has given to us over the years.

The current market size of the global animation industry is US$ 254 billion, which is expected to cross US$ 270 billion by the year 2020. The industry has dominated the western countries’ entertainment sector for nearly five decades and has been penetrating in India since last decade or so. The Indian Animation & VFX industry has grown at the rate of more than 16 per cent in 2016, says KPMG India-FICCI Indian Media and Entertainment Industry Report 2017. Today, the Indian animation and VFX industry has crossed US$ 60 billion and is continuing to grow at a wild pace.

Today, the animation industry is not only limited to movies but also contributing to various sources of information and entertainment including newspapers, advertisements, magazines, banners, video games and TV productions etc.

Let us take a sneak peek into the field of 3D Animation and how it is different from 2D animation:

What is Animation and How is it Created?

To begin with, Animation is all about bringing life to drawings and sketches by infusing movements into them. Via animation, we create an optical illusion, which makes us believe that still-images and pictures are moving. The animators put one picture after another in a single frame, which displays the motion and movement of the pictures. This motion is created at the speed of displaying 24 pictures per second. Because of the flat output, this type of animation is also called the 2D animation.

What is 3D Animation and How is it Different from 2D Animation?

Three-Dimensional (3D) Animation, on the other hand, is another form of animation, which is more advanced, innovative and exciting as compared to 2D animation. In contrary to 2D animation where pictures only have the height and width, 3D animation has the height, width and depth as well, which gives the pictures more realistic output. There are various computer software that make the creation of 3D animations quite simple and easy. Another property that differs 3D animation from 2D is that the former can easily be moved or rotated like the real objects with the help of tons of computer software available in the market.

Owing to the popularity, technology advancement and the latest trend, students are inclined more towards learning the 3D animation. Besides, the soon you will start learning something, the better your base will be. It is best to get expertise in animation from the very early days of your schooling, especially when your aim is clear i.e. being an animator. There are some courses in animation that do not require a prior experience or education. You can pursue these courses even after completing your 10th Standard to give your career a kick-start. Some of these courses include:

Today, we have thousands of animation colleges in India that offer a number of Certificate, Diploma and Degree courses in 3D animation at 10th Standard to 10+2, undergraduate and even postgraduate level. If you are among those students with creative & critical thinking abilities and willing to take up 3D animation as your career, here are some details you should know before entering the field of animation.

Pre-production is all about planning and laying the groundwork before the actual animation starts. Just like any other project or assignment needs a proper roadmap before initiating the actual work, Pre-Production is about making a plan and analysing the steps before starting the animation part.

As the name suggests, Storyboarding is a board where you depict your story prior to work on the actual project. As you know, it takes a long time to create an animation, hence, there is a dire need to express your thoughts and ideas to other people you are working with. The Storyboarding is the visual representation of your ideas and planning on how you want your project to look like. The animator, thus, uses simple outlines or colours to depict still images and create a trial version of the scene or movie, which helps the director to shoot the actual movie afterwards.

The Cinematography is not only a crucial part of 3D animation but also any kind of movie or video. A Cinematographer holds the power and quality to make or break the entire production. It is not just holding the camera and keep shooting the scenes. The Cinematography is about creating a rhythm, expressing an opinion and creating such an environment where the audience will indulge themselves in the beauty of the cinema for which they had paid. The 3D animation courses will make the students familiar with handling various types of cameras, using the appropriate camera lens as per the requirement, deciding the best camera angle and adjusting the lighting & other effects to record a masterpiece.

Stop-Motion is one of the techniques that is used while creating an animation, be it 2D or 3D. Also known as the Stop Frame Animation, the Stop-Motion is a physical presentation of a scene where the objects are captured frame by frame that, when played, creates an illusion of movement. The process of Slow-Motion starts with taking a picture of the object, move it to some extent and then take another picture. This practice is followed many times to create an impression that the object is actually moving. Slow-Motion is almost as old as shooting the animation films itself. Still, this techniques is very much in trend.

As we all know, video editing is the process of editing various bits and pieces of the motion video and manipulating it using special effects, colour correction and various other tools. The 3D animation courses will teach you to use numerous video editing software available in the market. It is a post-production process, which holds a great value while finalising the project. Some video editing software for animated movies include GoAnimate, iCLone, CrazyTalk, Adobe After Effects and PowToon etc.

Sound editing is another important aspect of 3D animation. Every production requires sound editing and mixing in order to come up with a great artwork. It is about choosing the appropriate tools and techniques to create the perfect output for the voice, speech and other sound effects. Just like the video editing, there are a number of tools and software available that make the sound editing tasks easier for you and give you multiple options to pick the best output.

3D Modelling is an essential part of the 3D animation. It is a process to create the three-dimensional objects used in the final production. 3D modelling is not only used in filmmaking but also in various other sectors such as Video Games, Virtual Reality (VR), TV, 3D Printing and Advertisements etc. Various computer software such as Autodesk 3Ds, Blender, SketchUp, AutoCAD, Revit, 3Ds Max, and Maya etc. help the animator create 3D models such as polygons, edges, and spline curves etc.

We often get to see various comic characters in the animated movies and video games. Some of the characters are so charming that we love them and wish to watch them even after the movie ends. Baloo from The Jungle Book, Mr. Fox from Fantastic Mr. Fox, Jasmine from Aladdin, Donkey from Shrek, Woody from Toy Story, Dory from Finding Nemo and Micky Mouse are some of the famous artwork of the character designers. Character designers are those creative artists who create and design original characters based on the script or necessity of the movie. So, next time when you fall for an animation character, remember to praise its character designers as well.

Apart from these specialisations, 3D animation courses cover some other themes and subjects as well, such as Digital Design, Digital Sculpting, Look Development, Lighting & Rendering and Hair & Cloth FX etc.

Institutes offering 3D animation courses in India ensure to make the students familiar with various computer software for 3D animation. Let us take a look at some of the software and tools you would require to work on while creating the 3D animations.

Formerly known as the 3D Studio, AutoDesk 3Ds Max is the 3D application that creates 3D animations quite efficiently. It helps you create 3D modelling designs, lifelike animations and rendering 3D models. It also gives you the option to add various plugins as per your project requirements.

Apart from these 5 popular software applications, there are other computer software that are covered under the most of the 3D animation courses. These software include AutoDesk MudBox, Adobe Audition, AutoDesk MotionBuilder, AutoDesk SoftImage, BlackMagic Fusion, Blender, Bryce and Poser etc.

Why is Animation for you?

Animation is used to express our views and opinions on various sensitive, complex and serious issues of the society.

Animation is a blessing as it holds the power to express our views and opinions on various sensitive, complex and serious issues of the society in a much light manner. In addition, seeing the popularity and acceptance of the animation industry in the Indian market, a large number of students enrol in animation courses right at the start of their careers. What makes the students inclined more towards the career in animation is its whole packaging. A career in animation provides students with all the things a person wants to have from his/ her career, including excitement, rewards, challenges, fun, creativity and the chance to make a revolution in people’s lives. Hence, the animation industry holds everything we need from a prosperous and flourishing career.

Let us take a look at the best colleges that offer animation courses in India.

(Note: The above colleges are mentioned in the alphabetical order.)