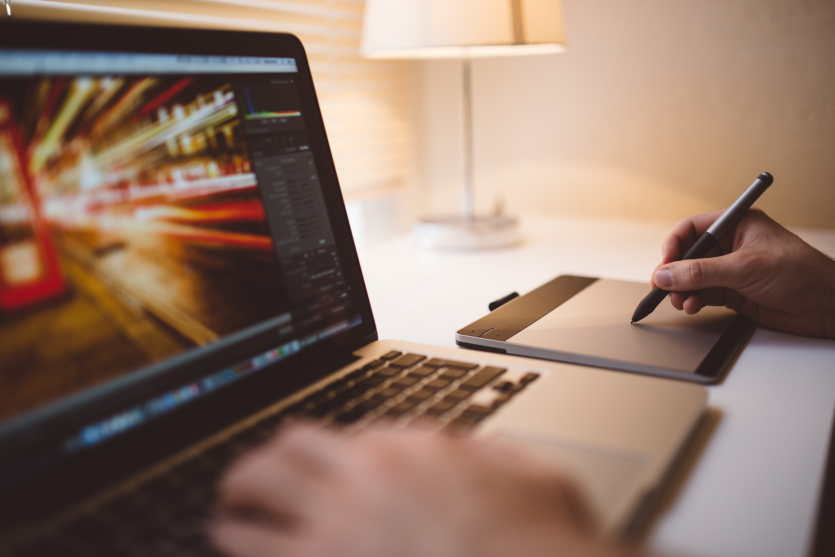 A creative mind, good imagination power, sketching skills, and a degree in animation, this is all you need to become a professional animator. Animation is the world of beautiful images where the professional animators fill them with the illusion of life. The animation industry, today, is as gigantic as it has never been. Professional animators with great skills are the demand of the hour. Seeing the heights today’s technology has scaled, there is a dire need for the accomplished animators who are capable to use the new equipment and tools. Therefore, the career opportunities in the animation sector are immense. You just need to scale up your expertise and develop a zeal to understand the industry first, in order to have a lucrative career as an animator. Hence, the earlier you start, the better off you will be.

Here, I am sharing a gist of each and every field I mentioned above. You may read about all the options and find out what suits the best for you!

There are a lot of standards and measurements that differentiate 2D and 3D animations such as:

Difference in the Depth

Difference in Techniques and Tools

2D animations are mostly hand-drawn and skilled sketch artists draw these images on papers. In contrast, 3D animations are created on the computers with the help of numerous software and tools available in the market. Some of the techniques that are used to create the 2D animation include Anime, Morphing, Onion-Skimming, Rotoscopy and Twining etc. while techniques used in the creation of 3D animation include abating, alteration, appearance modelling, appearance sketching, arena building, bond, camera setup, rendering and texturing etc. Other than that, there are many other differences between 2D and 3D animation such as the nature of the animation, time consumption, skills required, project nature and so on.

Owing to its huge curriculum that provides the knowledge about the basics of animation and prepares you for various job roles, the career opportunities in this field are immense. You may work as an animator, game designer, web designer or a visual effect artist as well. You can also work as a teacher or professor in various colleges, universities and other educational and coaching centres.

As a 2D/ 3D animator, you can have the job opportunities in various areas including the film industry, TV production houses, animation studios and game designing companies. You can also find employment in the news and media industries and individual business that own the websites.

The field of game designing has a lot of things to take care of. Other than being a dedicated video game player, a game designer needs to have a creative mind and a vast knowledge about the non-games technical things such as the observe and study games, define the game mechanism, understanding the game theories, computer skills, storytelling abilities and so on. The work of a game designer starts with creating a lead to design the script of the game and its character. They need to take care of all the aspects and features a game must have. Along with it, they should be able to define the process of playing the game, game-settings, rules and interface etc. From devising a game structure to make it available in the market, a game designer handles almost everything. Apart from that, some game designers have good writing skills and write the script of the game and dialogues of the characters by themselves.

Job Opportunities for a Game Designer

Like an animator, a Game Designer has the option to choose a career in various departments and organisations such as colleges, universities and coaching institutes, gaming websites, fashion designing firms, animation industry, software design companies, electronics and print media, television shows and movies etc. Being a Game Designer, you can also work with some large broadcasters, marketing and advertising agencies, mobile phones manufacturing companies, and various other design companies.

Character designing is the art that has given us so many virtual characters to enjoy. Be it Mickey Mouse, Donald Duck, Bugs Bunny, Nemo, Pikachu, Minions, Mowgli or even Superman and Batman. All these immortal characters are the gift that character design artists have given us. The job of a character designer is to create new and original cartoon/ animation characters for comic books, video games, movies, and TV series etc. A character designer must be skilled enough to come up with tons of ideas & creations and design such appealing characters that not only fit the requirements but also have an eye-catching outlook that attracts the audience right away.

How is an Animation Character Designed?

In most of the studios, there are multiple designers available who collectively work on a project. While some designers take care of the look and background of the scenes, an expert game designer is given the task to create a character considering all the attributes, traits and features in mind. After being aware of the character’s theme and the game/video script, the character designer does a thorough research on the character’s costume, style, structure and overall appearance.

Apart from being a character designer, you can work as the concept designer, animator, character animator, illustrator and storyboard artist as well. You can also work in the capacity of a 2D artist and 2D concept artist etc. In addition, being a teacher or instructor is always the option for you.

Job Opportunities for a Character Designer

As a character designer, you will have ample career opportunities from creative and artistic industries to video games industries, television, movies, and 3D printing etc. You can also work in coaching institutes, colleges and universities as well. In addition, working in an animation company is also a good option for you.

Along with these tasks, a Graphic Designer does a lot of other things such as meeting with clients to discuss and regulate the whole project, making strategies that best suit the clients and production house, presenting designs and creations to clients and art directors, decide the texts and images that should be displayed and etc.

You can start your career as a junior designer and after getting some experience, you can apply for mid-level and senior-level job positions. You can also work as a studio manager or creative director in later years of your career. You can become a teacher or instructor as well.

Job Opportunities for a Graphic Designer

There are plenty of job opportunities in tons of organisations and departments for a Graphic Designer. As a Graphic Designer, you can work with printing houses, brand agencies, advertising agencies, television and film industry as well. Besides, you can find job options in books and magazines publishers also. Other areas you can work in include packaging industry, multimedia companies, web development firms and even corporate sector as well.

Sound editing is quite an exciting career option, especially for those having an interest in playing with sound and music. Sound Editor is one the artist who uses sound mixing, synchronising, blending, cutting, balancing and follow various other techniques and practices to create the amazing soundtracks and music. As a sound editor, you will be required to work in coordination with the project director, sound designer, singers and dialogue editor etc. After all the dialogues and sounds are recorded, the Sound Editor comes into the picture and apply his/ her expertise to produce the best music, sound effects and background sounds. A Sound Editor is also known as the Audio Post-Production Artist. A Sound Editor makes sure that the quality of all the sounds, music and dialogue are clear and flawless.

Job Opportunities for a Sound Editor

Television and film media is the main industry where a large proportion of the Sound Editors work in. Besides, as a Sound Editor, you can work with the radio stations, advertising agencies and production houses etc. You can also find suitable jobs in music companies and animation industry.