A Day in My Life @UPenn 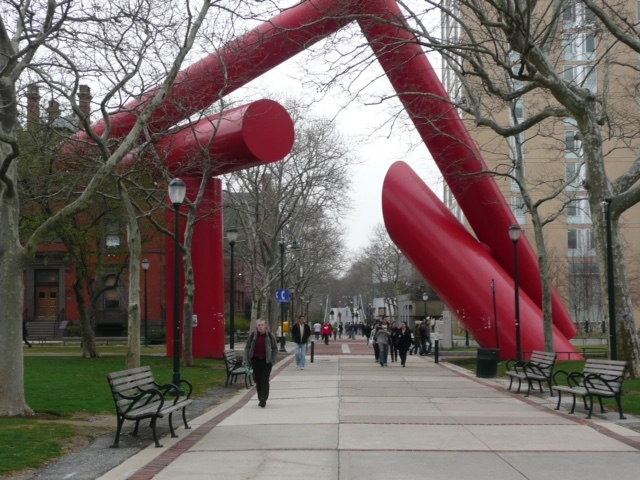 A Day in My Life @UPenn

Hey everyone. I’m Saranya, a sophomore at Penn from New Delhi, India. I’m currently pursuing a dual degree between the College of Arts and Sciences and The Wharton School of Business, which means I’m getting a BA in English and a BS in Economics (Though I’m not sure what I’m concentrating in- Wharton doesn’t have majors but 4 CU concentrations in different business disciplines). On campus, I’m involved in two departments of The Daily Pennsylvanian (Penn’s student newspaper), the events committee of Wharton Asia Exchange (an Asian business interest club) and  the finance committee of The WALK Magazine (Penn’s premiere fashion magazine). I’m going to share a glimpse of a typical day in my life in my freshman year!

My day usually started around 8:30 am as I had 9 am classes four times last semester, something I definitely would not recommend. I lived in the Quadrangle, Penn’s largest all-freshman dorm. The Quad is a beautiful 19th century building full of hidden tunnels and turret libraries. I lived in a single room on the fourth floor of Riepe, the smallest section. Dorms are an integral part of the Penn freshman experience because our Residential Assistants and House Deans would constantly organize fun events like cappucino mornings, hall trips to go dim sum tasting in Chinatown and much more. After getting ready and making a quick breakfast of instant oatmeal in my microwave, I was ready to walk 15 minutes to the math building for my first class: multivariable calculus. I would usually use my morning walk to call my parents or other family in India.

After class, I headed to the offices of the Daily Pennsylvanian. The DP is an independently run student-run newspaper and also a $3 million business! I’m involved in the Audience Engagement department (responsible for running the newspaper’s social media) and the Marketing Department (responsible for creating events and merchandise to promote the newspaper as well as recruiting new students). It was Quaker Days, the preview day for the newly admitted Class of 2023 so we were ‘tabling’ to recruit new students. ‘Tabling’ is a thing that you’ll see at Penn often, where various student groups set up tables on Locust Walk (Penn’s main walkway). I helped move our table and flyers to Locust and was tabling for an hour, where I got to chat with many Baby Quakers about how much I love working at the DP. We were also giving out free pizza, so I filled myself up on that for lunch. I had some time to kill before my next class so I chatted with a friend who was tabling for another club.

I then headed to my next class, the Writing Seminar at 2. As part of Penn’s core curriculum, every undergraduate must take this class to fulfill their writing requirement. You learn about various stylistic and genre elements of writing. Today we were working on opinion editorial pieces. Mine was about the democratization and standardization of luxury fashion represented through logo chances.

After class, I took a quick juice break at Pret A Manger, a cafe in Huntsman Hall, Wharton’s main academic building before heading to my final class of the day, Marketing 101. This is one of the largest and most popular classes at Penn, so I reached 5 minutes early to get a good spot. We discussed the results of a class group project, a simulation on customer centricity, as well as learnt about the importance of pricing. I managed to squeeze in a quick gym run with my workout buddy because the gym is next to Huntsman. Penn can be stressful and demanding, so taking out even half an hour a day to do some physical activity is imperative for boosting both my mental and physical health.

I then walked back to the Quad to meet up with a friend. We took the SEPTA, Philadelphia’s underground train system to downtown Philadelphia. The great thing about Penn is that although it has a complete campus, it is also 10 minutes away from the city, giving you the best of both worlds. We went to an Indian restaurant and had a delicious dinner of Vada Pao, Masala Dosa and Mango Lassi as well as a long overdue catch up. We then headed to 16th and Walnut, the main shopping street downtown because we both needed to shop for a campus event the following weekend.

By the time we were done shopping, we were running very late so we took a cab to the DP office where we had our Audience Engagement shifts. As part of our shifts, we would schedule different stories for special times as determined by various analytics tests that we run. This department consists of some of my closest friends, so our shifts usually feel like more fun than work. Today was no different, as all of us shared weekend stories and had an Ariana Grande dance party.

My shift ended at 11:30 and I was exhausted but I still had to progress to make on a midterm paper on the link between cinema and industrialization in pre-war Japan for my Cinema Studies class. After grabbing a coffee, I headed to a library on my floor of the Quad to work. I worked till about 1 am and after that watched mind numbing reality TV in bed until I went to sleep around 1:30.

At a campus with 10,000 undergraduates. There’s no such thing as a typical day. This day was quite busy and exciting, but I also have more relaxed days, where I get more time to go to the library and study or spend longer hanging out with friends. Penn is a place that never fails to surprise me, both in good and bad ways.

If you have questions about my Penn experience or life as an international student at Penn, feel free to reach out to me on the Forum and good luck!