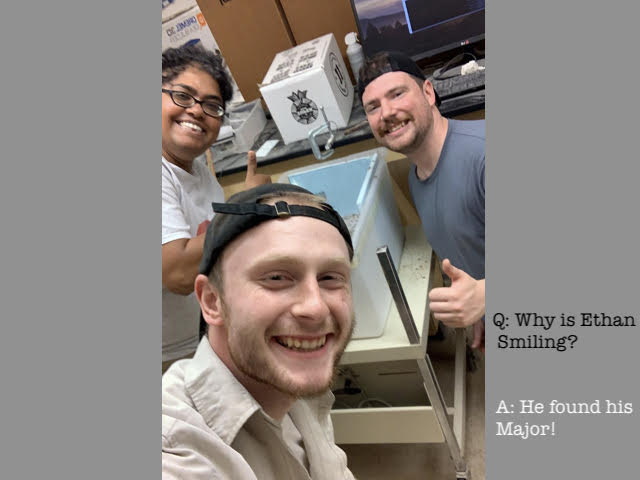 Ethan Hensel is a rising senior studying Geography with an emphasis in Geology at University of Wisconsin Whitewater.

For Ethan, it has been a long, winding road to get here.

Ethan joined the University of Stevens Point at Marshfield as an English major. He was good at English in high school.

But he didn’t enjoy English in college. He liked his teachers, thought the classes were interesting, but he wasn’t passionate about it.

After a year, he transferred to a small college in Minnesota and changed his major to Math. He also discovered Science there and decided to Double Major in Biology and Math.

At UWW, after engaging in a Landslide Research project called Red Cliff with Prof. Juk Bhattacharyya, and talking to his family, advisors, he realized that he was passionate about interdisciplinary areas in Geoscience. So, Ethan decided to major in Geography with an emphasis in Geology. And minor in Mathematics.

It is quite ironic that Geography is his calling.

With a Map, his Road to the Major, would have been less winding.

Listen to the Hi5s. 5 Highlights from the Podcast with Ethan Hensel and Britain Meade on UWW. (3-Minute Listen)