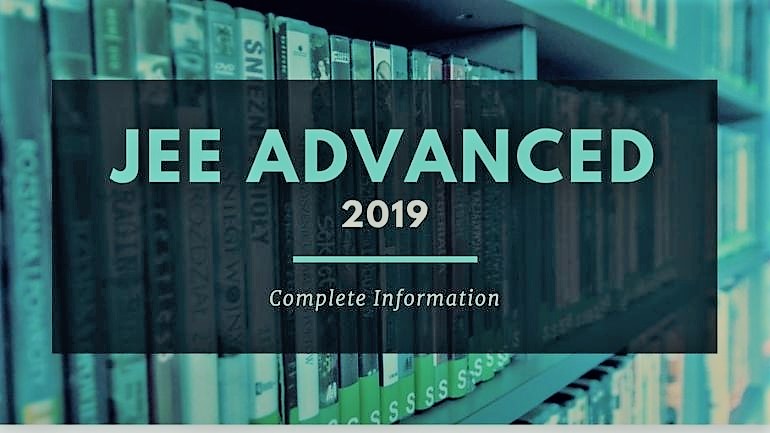 Joint Entrance Examination (JEE) Advanced 2019 will be conducted by IIT Roorkee on 27 May 2019. The test will be conducted to shortlist eligible candidates for admissions to the Bachelor’s, Integrated Master’s and Dual Degree programs (entry at the 10+2 level) in all the IITs and the ISM. Aspirants should check the eligibility criteria before filling the application form which will be released on 03 May 2019 and candidates can submit the same till 09 May 2019. The last date to submit the application fee is 08 May 2018. The exam conducting body has released the information brochure of JEE Advanced 2019. Candidates can download the same from the below given link-

In 2018, some changes have been included by the exam conducting authority that includes increasing the number of supernumerary seats for female candidates to 14%, intake of top 2,24,000 JEE Main qualifiers and more. Check the complete details of JEE Advanced 2019 Here

Candidates appearing for JEE Advanced 2019 must satisfy all the five criteria given below:

Top 2,24,000* candidates will be selected by this formula mentioned below:

2. Age Criteria: Applicant must have been born on or after October 1, 1994. There will be a relaxation of five years for students belonging to SC, ST and PwD category.

4. Appearance in 10+2 examination: Applicant should have appeared for Class 12th exam for the first time in 2018 or 2019. Those appeared for 12th exams in 2016 or earlier are not eligible for JEE Advanced. However, students whose 10+2 results were declared after June 2017 are eligible to appear in JEE (Advanced) 2019.

The candidates can apply for JEE Advanced 2019 in online mode only. Applicants are required to visit the online portal of JEE Advanced 20189 i.e. http://www.jeeadv.ac.in/.

After login to the portal, fill up all the required information in the page (including question paper language, exam city etc). Upload scanned copy of all requisite documents. Pay registration fee for JEE Advanced 2019 as per the instructions mentioned in the portal.

According to a survey, 25,000 more students will be appearing in JEE Advanced 2019 and this increase in applications will take the total number of applicants to around 2.45. lakhs.

Prepare the complete JEE Advanced Syllabus. Give equal importance to each section.

Create short notes in the form of flash cards to revise the syllabus easily.